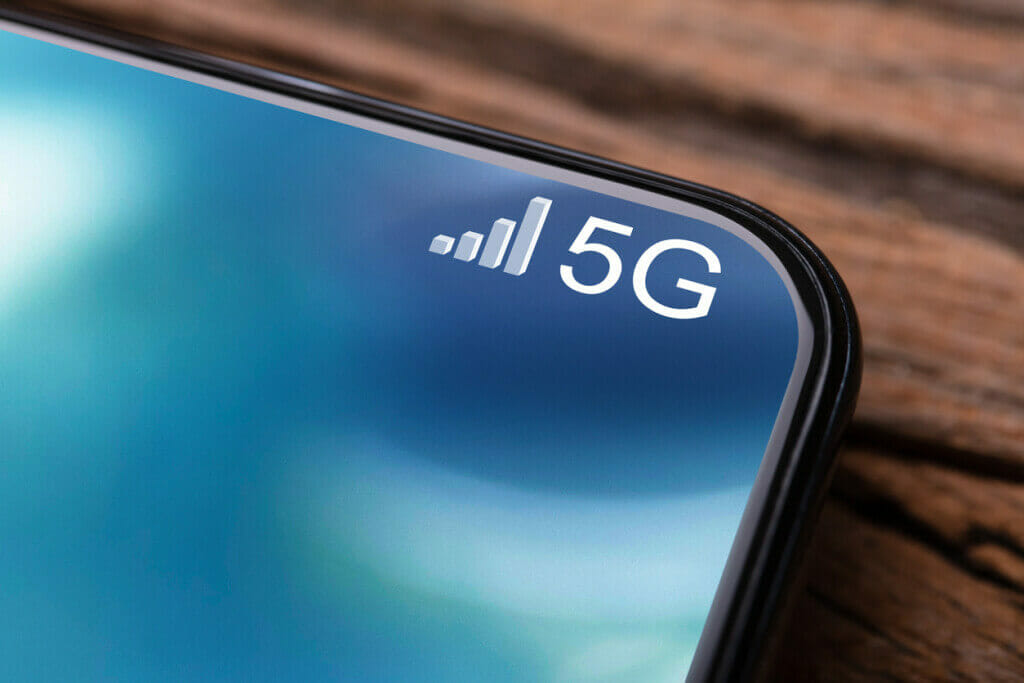 5G began rolling out in the past year, and it will likely continue to change streaming behaviors going forward.

As IHS Markit has noted, “video streaming will be 5G’s killer app.” Gains will be most noticeable for video streaming. “5G will also be a boon to live sports and event streaming,” IHS predicts. “When having low latency is critical, 5G’s gains will become most apparent.”

The success of OTT content publishers will reflect this trend. For example, 29% of consumers would pay a premium if 5G provided a better quality video on mobile devices and decreased buffering.

However, there are some limitations to consider with 5G. For example, walls and other barriers tend to interfere with 5G signals. Carriers plan to bypass this with extensive networks of smaller network access points. Users can fall back to 4G LTE signals when 5G doesn’t work. Nonetheless, this tech will change the entire industry.

Also related to the latest OTT trends, Streaming 4K video takes up about 30 Mbps of internet bandwidth. For streaming, you should have at least double that bandwidth available. That’s not very common for consumer-grade internet connections. However, the rise of 5G will enable an explosion in streaming video quality by making 4K streaming solutions possible.

The extra bandwidth will make it possible to stream 4K video. Expect 4K and VR (Virtual Reality) streaming to be defining features of the next 1-2 years. 360 live streaming will also become much more possible with these new network connections. Overall, the streaming experience will be getting much more immersive, very soon.

One game-changer in the immersive streaming world was the release of Facebook’s “Oculus.” Previously, virtual reality consoles were upwards of $2000. The Oculus models, however, starts at $299. This makes it much more attainable for consumers to get their hands one of their own.

VR technology is currently most popular among consumers, it is slowly trickling into different industries. These trends are likely to grow as the technology becomes more accessible. 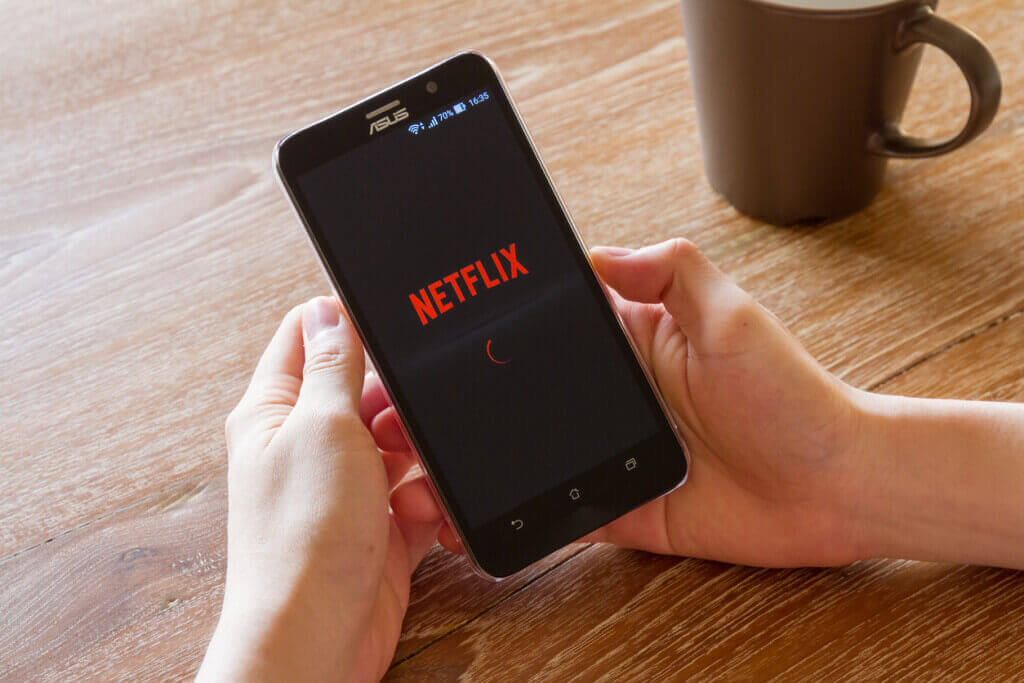 Major OTT TV media companies have rolled out streaming services of their own.

The premium OTT market is undergoing some tectonic shifts. After many years without major competition, Netflix has finally started to take a hit.

Over the past year, media giants like Disney, HBO, and NBC have release Disney+, HBO Go, and Peacock Premium, respectively. Moreover, the Disney+ app was downloaded 3.2 million times in the first 24 hours it was available.

In addition, there is an OTT streaming service from Apple TV+ and forthcoming services from AT&T and Comcast. Other OTT trends include a big increase in streaming services for sports. These services are flooding the market with premium content, making it harder for new services to compete with these established giants.

However, the exact way this new competition will play out depends on local market details. In India, for example, analysts predict that Disney+ will compete with Netflix, but not with Amazon Prime and other services aimed at broader mass markets.

As these services and OTT trends rise, they’re entering the mainstream in a way never seen before. In fact, OTT advertising is becoming more and more important in the online ads space, as well. Advertising revenues are seeing a steep increase as more and more people begin to use these services.

By some estimates, more than a third of professional broadcasters monetize their content via subscription models. However, this is having at least one adverse effect on the market.

According to a global survey from Apester, 60.1% of people are sick of so many streaming services. More than a fifth don’t know much of anything about upcoming services, only 16.5% say it makes sense to have so many competing services. “We have fast come to the point of excessive options in the OTT space both globally and locally,” said Varun Duggirala, Content Chief & Co-founder of The Glitch.

This current reality is a kind of “subscription fatigue,” and it’s increasingly a problem. Watching subscription-based OTT video services is a daily habit for 60% of adults in the US. At the same time, many viewers have become tired of subscribing to multiple services.

However, this is driving increased innovation in terms of OTT trends in video monetization. Providers are increasingly turning towards pay-per-view and advertising monetization as alternatives to subscription monetization.

We may see increased usage of bundling different subscription packages together to create channels. We’re already seeing Disney+ bundle their videos together with ESPN, National Geographic, and other content producers. This will likely expand in the future.

COVID-19 lockdowns caused some quick shifts in the industry.

In March 2020, the OTT industry saw a rapid spike in consumption as people started staying home in the United States and Europe as per government mandated lockdowns. Within weeks, this spike hit a plateau.

Disney+ was one service that made efforts to accommodate their subscribers by releasing movies on the platform early. One notable early release was Frozen II. The idea was that parents were starting to work from home and may not have their normal childcare, so the release of this and other children-friendly movies would buy parents some time.

A couple of Netflix Original series that was released at the beginning of lockdowns absolutely blew up. Tiger King, a controversial docuseries, is simply one wide-spread sensation that likely would not have had as much success if people were not stuck at home. Other series with debuting casts found great success, as well.

Another interesting OTT trend to come of COVID-19 was the emergence of technology that allowed people to watch movies together on a video chat. These platforms allow users to stream in-sync. The intention was to bring people together even when it was safer to be physically distant.

Connected TV, or “CTV” for short, refers to streaming on televisions via OTT technology. This has become more popular over the past year as viewers have begun watching more content on TVs as opposed to mobile devices. This is made possible through smart TVs, gaming consoles, and dedicated streaming devices.

Interestingly enough, the increase in CTV streaming has not caused a significant decrease in streaming on smartphones, tablets, and computers. For a few years, there was a general preference towards mobile streaming, so it will be interesting to see how this trend looks going forward. 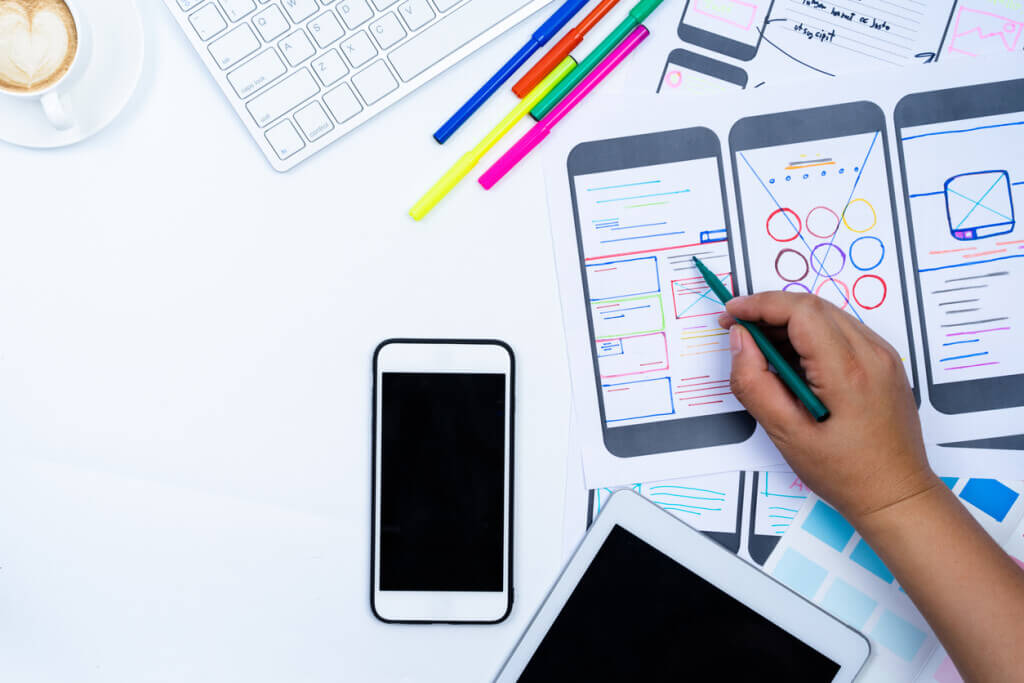 UX has become huge in the success of OTT streaming services.

As we mentioned, we have recently seen a great deal of media giants roll out their OTT streaming services which have lead to subscription fatigue. There are so many platforms that are willing to take viewers’ money, so viewers have the power to pick and choose the services that they’d like to use.

User experience (UX) has contributed greatly to the success of platforms. Viewers prefer using streaming services that have interfaces that are easy to navigate. They also want the best selection of content.

For example, if you compare Netflix and Hulu, you will see that the Netflix platform is easy to navigate, pleasing to the eye, and the selection of content is quite expansive. Both platforms have released some phenomenal movies and series, but Netlfix does so on a  larger scale.

Generally, Netflix is more in tune with the user experience. Their algorithm is user friendly, and their apps are easy to navigate on most devices. On the other hand, Hulu’s platform is a little clunky. The platform’s search engine isn’t the sharpest.

However, Hulu has one advantage over Netflix. They release episodes within hours after they air on live TV. Another interesting thing to point out is that Hulu releases originally series in the same fashion that traditional television does by airing only one episode a week. Netflix releases entire seasons at a time, which makes the shows “binge-able.”

In general, users prefer Netflix, which is why Netflix is worth a whopping 10x more than Hulu. Of course, these are just two of many streaming platforms, but this quick comparison should give you a good idea of what users value.

8. Competition in the OTT Hosting Industry Gets Tough

Despite the fact that authority in the OTT streaming industry is held by a few major players, smaller OTT streaming services are still popping up. These platforms require the support of an online video platform to operate at a professional level.

At this point, there are so many qualified OTT hosting solutions to choose from, including Dacast, Vimeo, Brightcove, and more. Cloud-based OTT hosting is emerging as an affordable option, as well.