What’s the difference between Wifi mesh and standard router?

You may not be sure what 's the difference between Wifi mesh and standard router. Here's everything you need to know about what a mesh Wi-Fi router does, and
whether it's right for your home.

Mesh routers are made to blanket your home in Wi-Fi, extending way beyond what a single router can do by sharing that network across multiple devices. It's like
having 3-5 separate routers in your home, but they all share a single, seamless Wi-Fi network. And modern mesh systems have super simple setup, letting you wipe
out dead spots and fill in the gaps in your home coverage, and enjoy Wi-Fi in every room, and even in the backyard or garage.

If you have a large home — at least 3,000 square feet — or one with an unusual layout, more than two stories or interior brick walls, you probably regularly encounter
Wi-Fi dead zones, and your setup could be a good candidate for a mesh-router system. 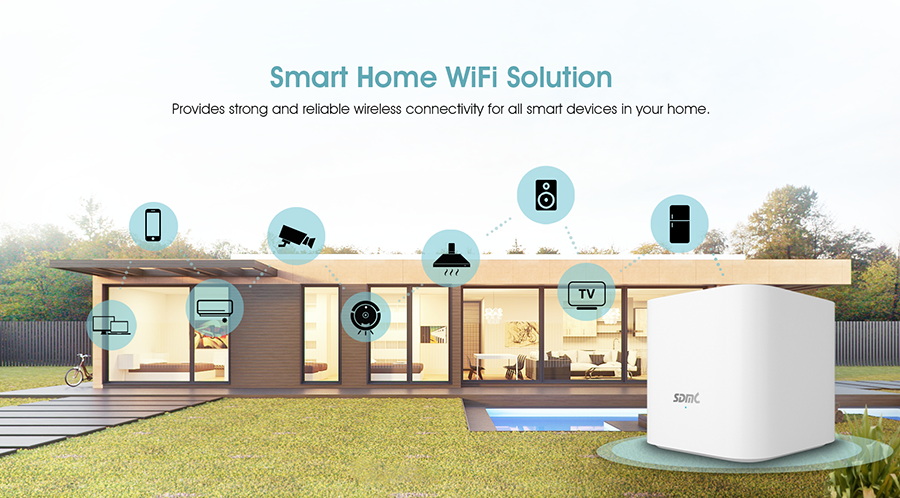 The basics of wireless mesh routers

At the center of traditional Wi-Fi networks is the router, the key piece of equipment that broadcasts the wireless signal to which your devices connect. A router, as its name
suggests, seamlessly routes internet traffic between a connected modem and Wi-Fi-enabled gadgets such as computers or tablets. Most people completely forget about
their routers — that is, until the Wi-Fi signal goes down.

The main issue with traditional routers is that the reach of the signals they send out is limited. Large buildings that need internet access on multiple floors often have areas
with limited or nonexistent service, sometimes called dead zones, when the main network uses a standard single-point router.

Mesh routers can help eliminate dead zones. Rather than broadcasting Wi-Fi signals from a single point, mesh router systems have multiple access points. One point links
to the modem and acts as the router, while one or more other access points, often called satellites, capture the router's signal and rebroadcast it. 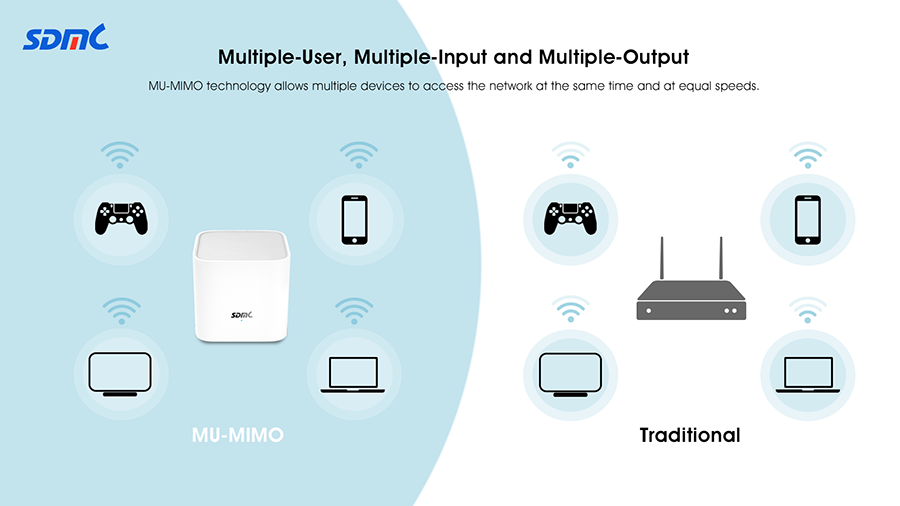 For those who aren't sure if they need a mesh system, or who anticipate moving into a larger home in the near future, you don't have to commit to a pack of 2 or 3 mesh
units to benefit from the expandable coverage of mesh Wi-Fi. Many of the latest standalone routers can actually be paired up for mesh coverage, letting you expand your
Wi-Fi to larger areas without ditching your current equipment.

The benefits of mesh routers

In addition to creating a strong, reliable Wi-Fi signal, mesh-router systems have a few other prominent benefits. Here are some of the biggest pros.
1,Easy network management
One main feature that distinguishes mesh-router systems from traditional routers is the easy network access they provide. Many mesh-router
systems are totally automated, allowing for easy management through a mobile app, even when you're not at home. Many mesh-router apps let users quickly scan their speeds,
cut off Wi-Fi access to certain networks, create guest networks, test the quality between the various connection points and even connect to smart home devices. Some high-end
traditional routers have similar features, but you'll usually have to be connected to the local network from a desktop web interface to turn them on.
2, Streamlined connections
With traditional routers, devices known as range extenders are often used to repeat the signal so Wi-Fi can be accessed from long distances.
However, even the best Wi-Fi extenders require you to create a separate network, with a separate name, for the range extender. This means you may have to switch Wi-Fi
connections, sometimes manually, as you move around the house. A mesh-router system, on the other hand, doesn't require constant reconnection, even as you move from
room to room. You also won't have to deal with as much lag, as the access points all broadcast the same signal, rather than having to route requests through multiple networks.
3，Tight security
Along with easy management, some residential mesh-router kits come with good security support. Thanks to the aforementioned easy network management, it's not
hard to keep your router devices safe — many automatically check for, and install, firmware updates.
If you're tired of constant router resets or antenna adjustments, now is a good time to upgrade to a new traditional router with longer distance capabilities, a mesh-router kit or a range
extender — whichever product best fits your situation and budget. All are optimized to deal with home obstructions and can connect homes on numerous frequencies.
There are plenty of wireless networking products that can help boost a home Wi-Fi signal, so analyze your Wi-Fi needs to determine which solution is best for your home.
Welcome to contact our professional team to discuss how can we help you! 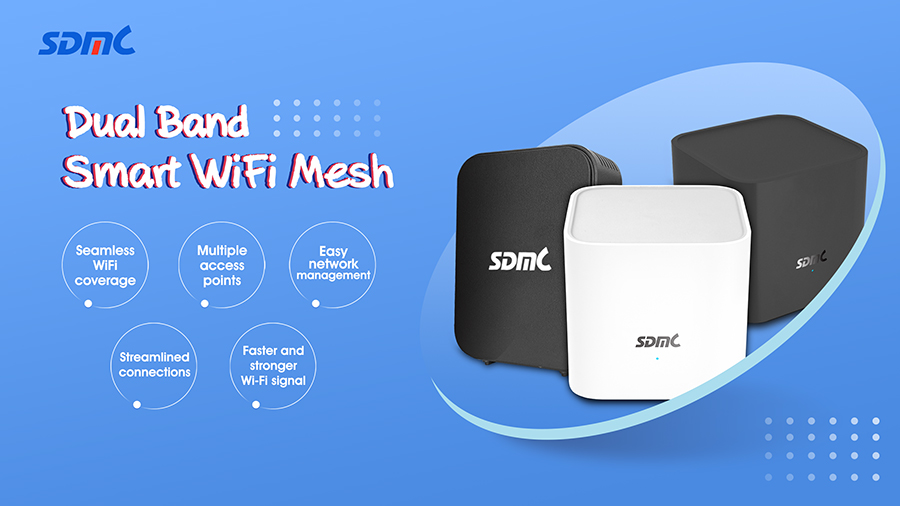